Montezuma County Commissioner Keenan Ertel is urging that a solution be found so that the county can continue to have access to water for road maintenance. 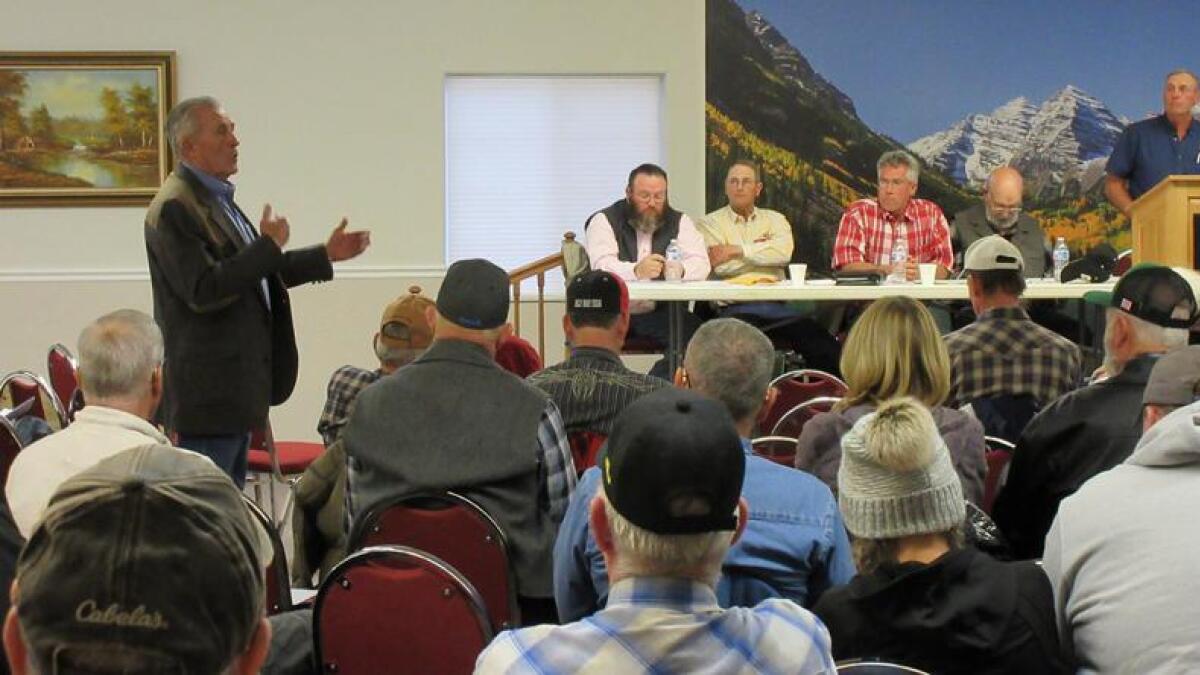 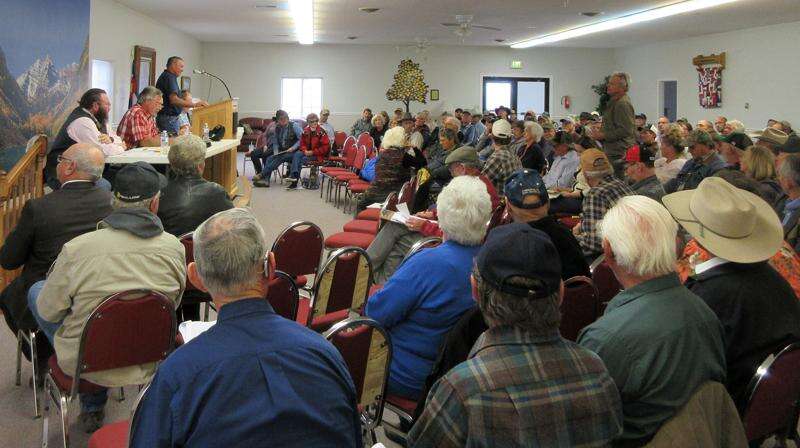 A boater addresses the board of directors of the Montezuma Valley Irrigation Co. regarding the use of electric motors on Narraguinnep. The motion to authorize them died for lack of a second. The board said it did not have the resources to monitor whether the boats are electric or motorized, the latter of which can carry the invasive mussel. 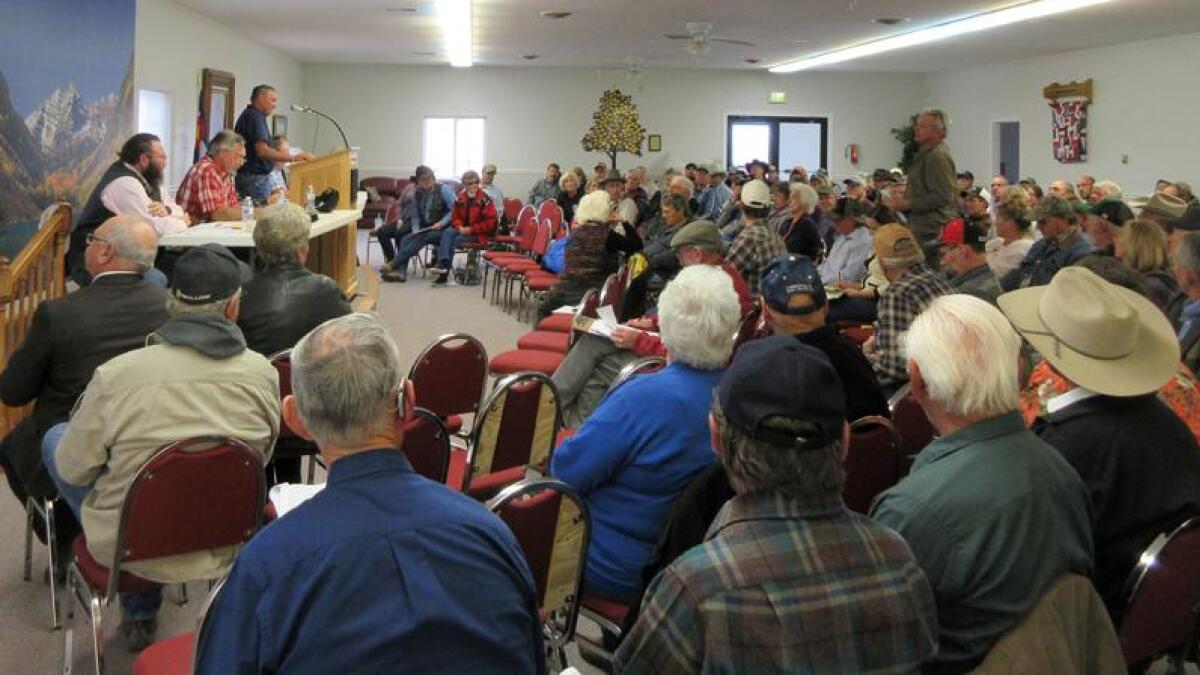 How to improve irrigation in McElmo Canyon, the issue of agricultural water use on roads and access to boats on Narraguinnep were discussed at the annual shareholders meeting of Montezuma Valley Irrigation Co. on January 20. .

Board Chairman Gerald Kopenhafer explained that due to improved irrigation efficiency at higher elevations, there is less return flow into McElmo Creek on which these farmers count.

â€œIf we don’t do something for McElmo, they might start to run out of water,â€ he said. “It affects the whole community.”

To improve the situation, MVIC is considering buying Totten Lake from the Dolores Water Conservancy District in order to store and deliver water to McElmo Canyon in a more sustainable manner and earlier in the spring.

If purchased, Totten would receive the leftover water in the fall, and the water would begin to flow to McElmo buyers in April, at the start of the growing season.

For the project to be effective, repair work is required on the dam. It is currently under a limited refill restriction due to a maintenance issue.

Talks over Totten are in the preliminary stages and shareholders are expected to approve the plan for a lease early in the season. If successful, it would add 1,800 acres to the MVIC service area and strengthen the company’s agricultural right to water decree. A technical study will be conducted to determine the proportion of MVIC water in McElmo Creek.

Water for the roads?

The county and MVIC disagree over the county’s use of its MVIC water shares for road maintenance. The arrangement has been around for a long time, but Kopenhafer said the roads are not an official agricultural use under the regulations, which could negatively affect the MVIC’s water rights decree.

MVIC recently informed the county that it can no longer take water shares from ditches and canals or use it on roads or on fairgrounds.

Montezuma County Commissioner Keenan Ertel said the change had an impact on the road maintenance the farming community relied on and for events at the fairgrounds. The county is counting on its MVIC actions to dilute the rodeo grounds and the race track.

As part of the long-standing agreement, the county and MVIC shared the cost and labor for maintaining MVIC’s culverts and pipelines that run under county roads. In return, the county was granted access to the canals to fill their tankers needed to clear the roads.

But MVIC said the arrangement violates its regulations, which say all diverted water must pass through a measuring device, and working on culverts in a county’s right-of-way poses liability issues. Ertel said they keep records of how much of their water right they use each year.

â€œWe had a working agreement for 60 to 70 years, but in the last 16 months everything has changed and we would like to find a solution,â€ Ertel said.

One possible solution could be for the county to purchase industrial water from the Dolores Water Conservancy District for use on county roads. Water could be piped through MVIC channels and a rule change allowing it to tap into the channels could be put to a vote. Another suggestion was to see if the water reserves could be used for industrial uses like roads.

County commissioners and MVIC will meet in February to discuss the issue and seek solutions.

Russell Montgomery proposed to shareholders to lift the ban on electric motor boats in Narraguinnep, but he died for lack of a second motion. Electric boats are not at high risk of carrying invasive quagga and zebra mussels, and non-motorized boats are exempt from inspections on other lakes.

But MVIC defended the ban, saying it would be too difficult to control whether the boats were electric or gasoline, the latter of which may contain water in the engine that can carry the mussel.

One solution would be to provide more state funding for boat inspection posts to allow motorized navigation. A bill has been introduced in the Colorado legislature that would impose new fees for boats entering and leaving the state so that Colorado Parks and Wildlife can pay for more inspection stations on Colorado lakes.

Also at the meeting: A vote to allow shareholders with less than 10 shares to be nominated for election to the board of directors was rejected by a margin of 11-2. There will be a pond water delivery from March 26-30. And the MVIC office now has a credit card machine if people want to pay their bills that way.